Olympus-hotel near the thermal waters Kosino, and Coast 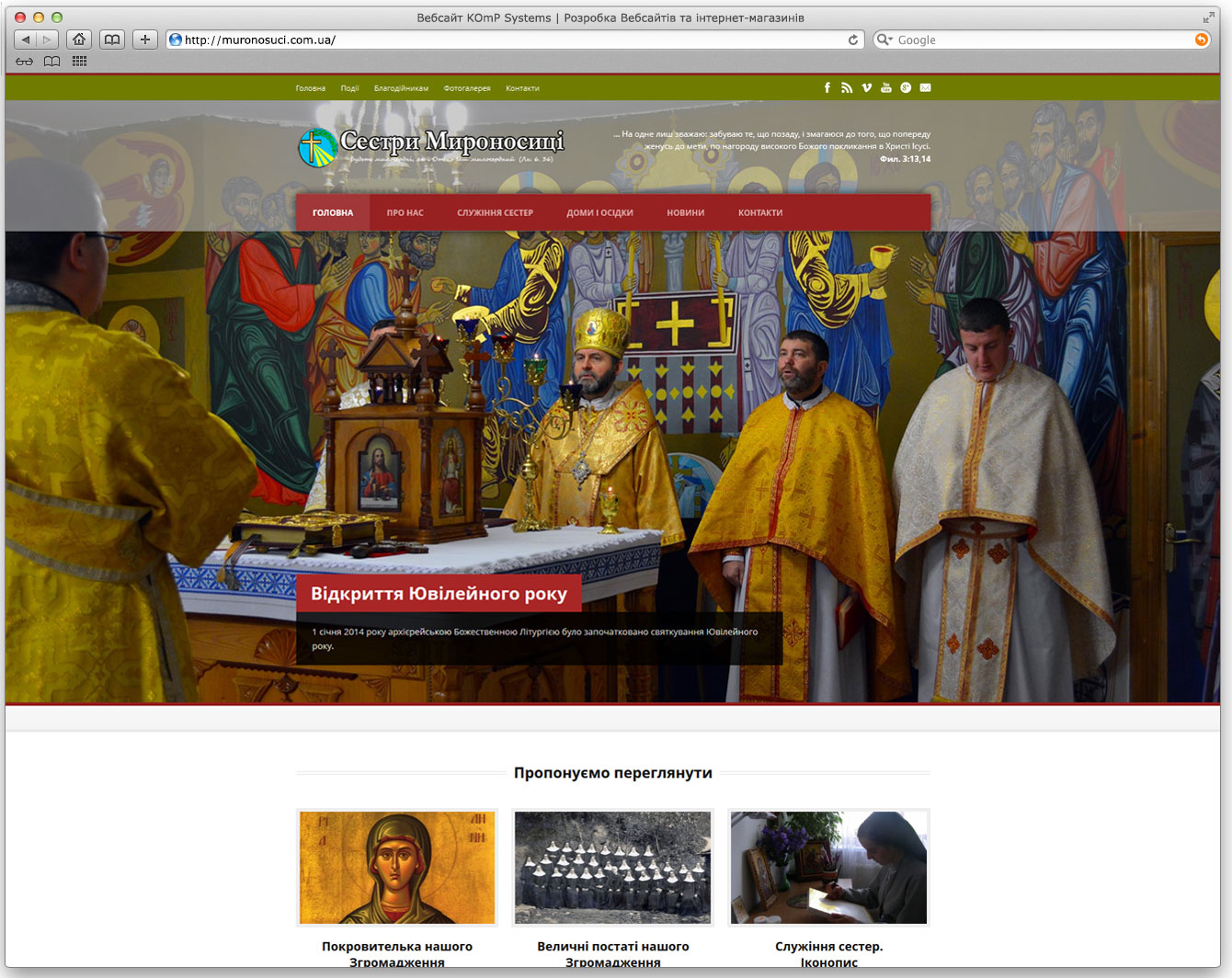 The Sisters of Myrrots – the historical development of the community (the congregation of the Nurses) began in 1910 when in Krystynopoli (modern town Chervonograd), Sokalskyy District was founded in Lviv region. The founder of this society was celibate priest Julian Ivan Datin OSBM. Our father-founder was among the first Reformed Basilian, who after the Dobromylskoyi reform began active pastoral activity among the faithful.